We appreciate the problems commercial properties bring and are geared up to provide a quick reliable response to solve your plumbing or drainage needs. Whether it’s a one-off job or a recurring maintenance agreement, PipeServ staff can get the job done with the minimum of fuss at a reasonable cost. 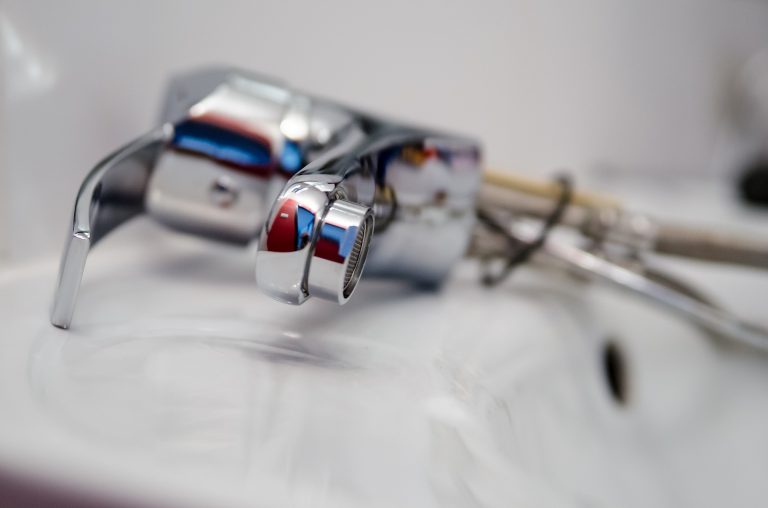 If you are a letting agency, landlord, estate manager or facility manager PipeServ will provide the service you need to keep you up and running.

We are Safe Contractor approved, and we value our reputation as one of the leading plumbing and drainage companies in Fife, South, East and Mid Scotland.

What Can PipeServ Commercial Plumbing Help You With?

We have been experimenting with resin coating on the inner surface of cast iron guttering over the winter months, and we are finding that it definitely has its place alongside conventional guttering repairs.

In two situations it can save an enormous amount of time and money.   Firstly, if the majority of the guttering is sound and in good repair, using resin to coat and isolate a small rusty leaking section can be an economic way of prolonging the life of the rusty section of the gutter until the whole lot needs replacing.   This might give as much as five, or ten, years extra service before the major replacement is needed.

The other situation where resin coating more than pay for itself is if the casting of the gutters or junctions is unique.   Where a design is cast into the guttering system, a repair to incorporate the original cast iron work can be costly if it is possible at all.   A resin coating on the inside of the original cast iron work can ensure that it continues to fulfil its original function, as well as preserving its integrity by excluding the elements that caused the rusting from the original ironwork.   As a means of preserving older cast ironwork, we at PipeServ recommend it.

Where ever they are, PipeServ can clear them quickly and efficiently with the minimum of disruption. A problem in a hotel kitchen, guest toilets or staff restroom needs to be sorted quickly for the minimum inconvenience

A tenant with a leaking water pipe or waste pipe wants to get it fixed before belongings are damaged. Most landlords want to minimise any possibility of extensive damage to their properties. That is why PipeServ technicians respond promptly to your call.

Larger properties often have correspondingly larger pipework and guttering. We have the means to fabricate guttering and downpipes in steel, aluminium and plastic should it be required. We can also do roofing repairs while we are up there.

PipeServ can empty and service all of these.   We install, renew and repair any sewerage or grey water system.   We can also advise on rainwater collection and recycling if required.

If you are responsible for the repair and maintenance of a number of buildings it can be handy to be able to call PipeServ for an assessment, estimate and completion of the repair. It will save you time, and you will know that it will be done to our usual high standard. If your property is an historic or listed building PipeServ staff are ready to work with you, your advisers or planning regulators to use techniques that will meet any legislative requirements and retain the integrity of the building.

PipeServ is Safe Contractor approved, and we always perform risk assessments before and during a job. This is to ensure your staff and ours are safe on site while we are working.

After a while all restrooms, changing rooms, kitchens and laundries begin to look tired.   Contact PipeServ to discuss your needs and examine replacement or refurbishment possibilities.    Once we have a clear idea of your requirements , let us estimate for the job.   We want you to be pleased with the result, and we try to ensure you get what you ask for. 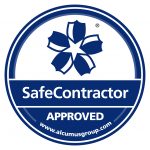 The PipeServ team has experience in all aspects of site and property maintenance. The team can sort out a problem with a flooding car park with the same expertise as we would a flooding kitchen or a flooding garden. We can install and maintain a rainwater harvesting system or a grease trap. We can empty, repair and maintain your septic tank or sewage or grey water system on a one off or regular basis. We can do remedial work on a roof or in a basement or cellar.

We are used to the scale of larger properties and commercial buildings. We can fabricate guttering and downpipes in mild and galvanised steel, aluminium or plastic. We can work with cast iron systems, repairing them with original materials where possible, or lining the inside of existing pipework to restore its function without sacrificing the visual integrity of the exterior of the property. Sometimes, if access is difficult, this can mean that pipework can be repaired without dismantling much of the surroundings.

We like a challenge, and we are always adding new skills to our repertoire and new equipment to our workshop. If you have an unusual problem, it’s just the sort of thing we enjoy solving.

In the past we have worked with all different types of commercial clients such as Hotels, Restaurants, Clubs, Pubs, Shops, Offices, Factory Buildings Estates, Letting Agencies, Entertainment, Facilities, Fitness Suites and Swimming Pools.

Contact Ben on 07494 480342 to discuss your requirements or for an estimate if you have a job in mind. Let us provide you with a free estimate. Site visits, where they are appropriate, are also free. Our estimates are valid for 30 days.

Examples of our Work